A trip to Africa usually entails travelers wanting some wildlife interaction they can’t find back home. Cheetah’s Rock is an animal sanctuary located on Zanzibar Island, Tanzania that houses rescued animals with a natural habitat as possible. Spending the day at this safe haven offers direct interaction with exotic wildlife while being educated on animal welfare and wildlife conservation. It was a thrilling experience!

What to Expect from Cheetah’s Rock

Your day will be spent being invitied to each animal’s home. Be prepared to be up close and personal with all sorts of animals for almost five hours. The animals we encountered were:

As you’re connecting with each animal, Jenny will go into great detail about each one. You will hear their story and tips on how to help improve their sustainability in the wild. We as humans are every other animal’s most dangerous threat. After leaving Cheetah’s Rock Zanzibar you will understand how bad we of an impact we have on these animals and what we can do to help improve their situation.

At the very end you get to learn why the sanctuary is called Cheetah’s Rock. You are invited to a garden where Tyson, the cheetah, will come celebrate with you. While you toast a glass of Champagne, Tyson will pose will you take pictures with him. He likes to show off and purr really loudly. 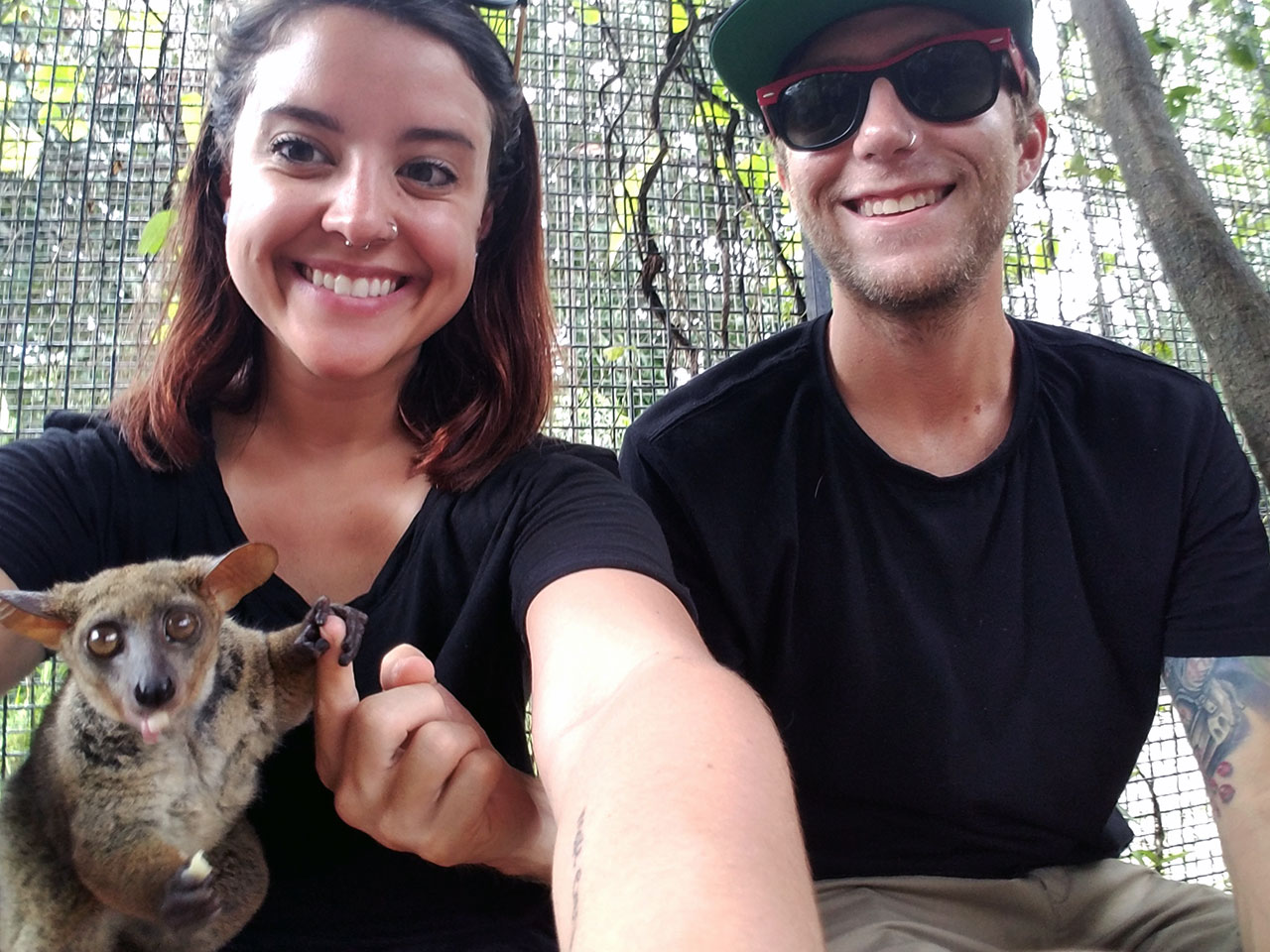 We were picked up at a nearby location by a very friendly driver. In our vehicle were two other ladies who were just as excited as we were to go. The drive there provides a scenic route of Zanzibar and will take you through some villages.

My friend and I were originally disappointed at the size of the group when we arrived. We thought for the price it should be a bit more intimate. Our group size was about thirty-five people which felt rather large. This made us a bit hesitate on how the rest of the experience would go. Regardless, we knew it was going to be a great time and after our Cheetah’s Rock briefing with Jenny and drinking coconuts, it was time to begin.

We started off first by meeting the Zebra, Chaka. Jenny begins the tour by elaborating her purpose of Cheetah’s Rock and how she is achieving her goals by positive reinforcement. You quickly learn that Jenny is here because of passion and spends endless amounts of time on these rescued animals. In doing this, she has been studying the relationship between different animal species and human interaction. Jenny went into great detail about each animal’s story and personality as we connected with them. Ending each session with how some of the horrors these animals face and how we can help. I thoroughly enjoyed visiting the animals listed above habitats and learning all the information Jenny shared. I cherish any occasion where I can do something extraordinary with animals.

Jenny then ends the tour with the Cheetah himself, Tyson. After all, we all came here to his rock! Tyson’s habitat contains a rustic little garden where everyone sits around in a circle and is poured a champagne glass. You are then invited to come take personal pictures with the Tyson as he purrs loudly in your ear. After everyone gets some quality time with Tyson, Jenny then announces a final surprise she has.

The surprise will melt everyone’s heart as you’re invited to come play with three different endangered cat cubs. It was pretty surreal to play with cubs as you would little kittens. It was a really great surprise.

I would recommend Cheetah’s Rock to people if they had the time and extra money to go. My only complaint is I did feel the group was rather large and made it difficult to see or have contact with some animals. The price point is steep but worth it in my opinion. You can tell how much of your money goes directly to the animals. If you’re pressed for time or money, then I suggest skipping Cheetah’s Rock Zanzibar for other experiences. Zanzibar has plenty of cheaper yet amazing options!